Brainspotting vs. EMDR: What are the Differences? Professionals use several different types of treatments to address conditions like post traumatic stress disorder (PTSD), as well as depression or anxiety (the latter two, which may or may not be trauma-related).

Traditional therapies such as cognitive behavioral therapy (CBT) are frequently used, but other, newer, more “brain based” techniques can also be utilized. Two such therapies are brainspotting and EMDR (eye movement desensitization and reprocessing).

While there are several similarities between the two modalities, there are also critical differences. In this article, we’ll explore both in detail to help you decide which therapy may be more appropriate for your situation.

Brainspotting (sometimes abbreviated as BSP) is a kind of psychotherapy developed by Dr David Grand in the aftermath of the 9/11 attacks.  Dr Grand, a trained EMDR therapist, discovered the technique while using EMDR. He noticed that the eyes of one of his clients became unsteady whenever they came across a specific area in her visual field.

Instead of instructing her to continue to move her eyes as per EMDR protocol, he decided to stay in that spot.  He found that by keeping her eyes stationary in the area of instability, a lot of unresolved traumas were processed. Initially devised to address the trauma of survivors, today, Brainspotting has wider applications that go well beyond PTSD or trauma.

The main theme of brainspotting is accessing deeper spots of the brain where unresolved traumas are maladaptively stored or “stuck.” To do this, the therapist helps the client identify the problem area(s) in the visual field and then stays in that spot, allowing the brain to release what has become lodged. By accessing the part of the brain where the trauma lingers, the client may be able to remember it, process it, and eventually heal from it.

The therapy focuses on the hypothalamus, hippocampus, and amygdala of the brain, each of which plays a different role physiologically and psychologically. These are the areas where the unprocessed trauma lies in, areas which the therapist helps identify and then work on with the client.

There are typically five steps of BSP:

EMDR (eye movement desensitization and reprocessing) is a therapy that uses eye movement or other bilateral stimulation (meaning “stimulation of both sides”) to reprocess trauma and help the client move past the traumatized state.

Developed by Francine Shapiro in the 80s, it’s a well-documented and researched therapy used by therapists worldwide to treat PTSD and other mental health issues.

EMDR consists of eight specific stages or phases that can take up to 12 sessions to complete.  Session last from an hour to an hour and a half. The idea behind Shapiro’s therapy is that when people are distracted by an external stimulus, they are likely to feel less emotional stress while revisiting their trauma. This helps them remember, process, and stabilize the trauma memories.

A more technical explanation of EMDR is that the bilateral stimulation utilizes both sides of the brain to work on the trauma, so it can be stored in a more stable part of the brain. That way, even when a client is triggered, they can cope with their feelings and see the trauma in a new light.

Similar to BSP, EMDR was originally developed to treat trauma. However, it’s now used for a number of conditions, including depression, anxiety, dissociation, addictions, grief, phobias, and even chronic pain.

What Happens During an EMDR Session?

A typical EMDR session can last between 60 and 90 minutes, and it can take several visits to process just one traumatic experience or distressing memory. During an EMDR session, the client and therapist work together through specific memories and negative beliefs in sets of bilateral stimulation that include eye movements and repeated taps.

The client or patient is asked to focus on one event or memory during the session. They are then asked to provide vivid details related to the trauma along with related emotions and physical sensations they are experiencing.

There are eight phases to EMDR therapy:

What Happens During a Brainspotting Session?

During a brainspotting session, the client will experience memories, physical sensations, and emotions. Some even report feeling tired and emotionally drained after a session because it involves a subconscious and conscious release.

The client focuses on how their body feels. They take note of tension in the head, neck, shoulders, and other areas of the body. They listen to bilateral sounds, music, or nature sounds that alternate between each ear.

Similarities Between Brainspotting and EMDR

Let’s explore the similarities between the two modalities:

Here are the most notable difference between EMDR and brainspotting:

As previously mentioned, while both treatments rely on eye movements, the types of eye movements differ significantly. Brainspotting usually uses a single eye position, whereas EMDR involves rapid eye movement from right to left or up and down.

In EMDR, the eye movements are bilateral and continuous, moving back and forth as a traumatic memory is recalled. In BSP, the idea is to find a specific spot where the trauma is stuck and to keep the eyes steady at that point as the trauma is resolved.

Maintaining focus on a single area in BSP is sometimes called “mindful focusing.” This is a major difference and shows that these therapies utilize different approaches to identifying and processing trauma.

BSP operates on the principle that trauma is stuck in a very specific part of the brain, and focusing on this area will release the trauma.  EMDR, on the other hand, utilizes bilateral stimulation to engage the whole brain and strengthen the connection between the hemispheres.  It is thought that rapid eye movements mimic REM sleep, a state in which thoughts and traumas are processed.

Because BSP and EMDR have different methods, their tools also differ. There are numerous bilateral stimulation devices that can be used in EMDR, such as a light bar in which light moves from left to right repeatedly or a machine that alternately taps the palms.

BSP concentrates on keeping the eyes steady, so a BSP therapist may use a laser pointer to help focus the eyes at a specific point.  Both therapies may use bilateral sound, which needs to be delivered via headphones.

EMDR is an eight stage process that requires a minimum of eight sessions.  EMDR may last as long as twelve sessions.  Brainspotting, on the other hand, is a short-term modality and may last only four sessions.

EMDR Is Older and More Rigid in Its Protocol

Brainspotting was developed in 2003 and is still considered a relatively new therapy.  EMDR was developed in the 1980s and has evolved over time into a formal, systematic set of stages. Though there is some room for flexibility for therapists, EMDR therapy is supposed to be carried out according to the official guidelines.

Brainspotting is much more flexible and less focused on following a rigid set of protocols, allowing therapists to make changes based on their clients’ needs. This can be advantageous or disadvantageous, depending on the case.

Brainspotting therapy will yield faster results than the standard EMDR methods available. This is because each brainspotting session tends to be much more adaptable and flexible. Because of this, a therapist can find the proper iteration for the client’s needs.

Additionally, while EMDR is the more well-known therapy, brainspotting is definitely gaining momentum. It isn’t as likely to overstimulate the client, making it a great fit for a variety of people, including those who often feel overwhelmed.

It also doesn’t require a lot of conversation, so if the client doesn’t like traditional talk therapy, then brainspotting therapy is more beneficial. While it is considered a form of talk therapy, the client can choose to talk as little or as much as they want.

EMDR is an effective trauma therapy and also addresses anxiety and circular thinking. If the client has generalized anxiety disorders and phobias connected to their traumatic experience, an EMDR treatment helps them address their fears without getting lost in the anxiety.

Brainspotting vs EMDR: Which Is Better?

Research evidence supports both Brainspotting and EMDR as effective treatments for many mental health issues, especially PTSD. However, there hasn’t been extensive research comparing the two therapies directly.

Brainspotting, being quicker, has the potential to deliver faster results than EMDR. On the other hand, EMDR may have longer-lasting results despite its duration. BSP is more flexible, which may make it ideal for trauma clients who aren’t responding well to EMDR or other therapies. Many therapists consider EMDR a primary choice and treat BSP as an alternative to EMDR.

If you’re dealing with PTSD or other trauma-related mental health conditions, discuss your options with your therapist. Your therapist will be able to guide you based on your symptoms and any previous experience with therapy and ultimately help you decide which treatment is best for you. Both EMDR and BSP can be conducted in-person or online, increasing both accessibility and convenience. 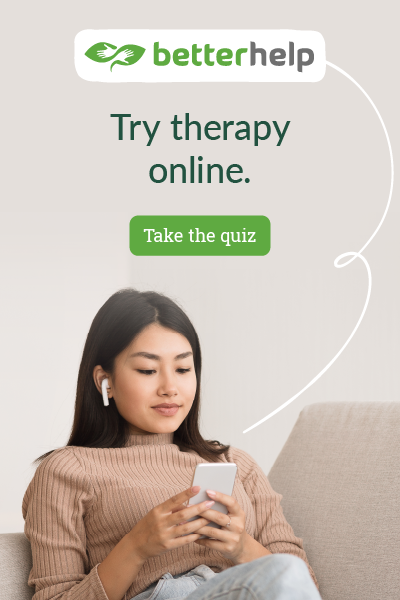