Why Does The Same Thing Keep Happening to Me? This is a common pattern in some people’s lives. Despite their best intentions, they find themselves repeating the same patterns over and over again in jobs, relationships or something else. They can see the cycle and the pattern but can’t seem to break it. What options are there to deal with this?

There are lots of different ways of looking at this issue of self sabotage and the so called “repetition compulsion”. Being aware of it is useless advice since anyone who has found their way to this article already knows this pattern exists in their lives and wants to break it. Rather it is about digging into oneself and/or looking at the issue in a certain way that allows repeating life patterns to start to make more sense.

In this article we want to explore several different ways of looking at this issue of repeating negative patterns and events in life, giving people a number of different concepts and resources they can follow up so they can find a way of looking at the issue in a way that makes sense to them.

There is no right or wrong answer for everyone; different people resolve this issue in their life in different ways. It may be a case of upgrading ones values and belief systems, embracing unfamiliarity and discomfort, becoming more self aware or tapping into unresolved trauma through meditation or other forms of psychotherapy. Let’s explore some of these options in more detail.

Familiarity and Safety as Key Motivators

We get that not all people are into what they see as overly complex or “woo woo” explanations of why people recreate trauma in their lives. Some people on the more materialistic or scientific end of the spectrum just want a simple down to earth explanation as to why patterns seem to repeat in their lives.

For those people, a good explanation as to why people recreate the same patterns in relationships especially is simply that this pattern or way of living or relating is simply what they know how to do, so this is what they go back to, even if it keeps bringing negative results. It’s how they’ve learnt to relate, often from an early age, so it’s the only thing they know.

Perhaps their family members growing up were all of a certain disposition (angry, hostile, paranoid, abusive etc) and so this sets up a pattern of interaction (ambivalent, mistrustful, aggressive, non committal etc) which repeats into adulthood, simply because it is all they’ve ever known.

Familiarity and perceived safety and comfort are key motivating factors for the way a lot of us behave. Most of us simply prefer what is familiar to us, even if it ultimately doesn’t benefit us in moving forward in life. Conversely, the fear of freedom, the fear of venturing out into the unknown and what is seen as the “unsafe”, is what underlies most of us who have this aversion to the unfamiliar. See Erich Fromm’s book on the issue.

From this perspective it is about recognizing the life and relationship patterns we have grown up around and if they are not working for us, seeing that there are other ways of living and relating that we may not be familiar with but may serve us better long term.

It is about venturing out into the unknown more and being familiar and comfortable with discomfort and change, and trying new ways of living and relating, even if it feels uncomfortable and perhaps generates anxiety at first. By doing this we can break dysfunctional hardwired patterns of relationships and learn to live in a way which is more self serving rather than self sabotaging.

The Concept of the Protector

This idea of the Protector is a fantastic way of looking at this issue of repeating trauma and negative patterns in a person’s life. The general concept is that experiencing deep wounding or trauma in a person’s life leads to a protective self forming which takes over from the real and authentic self and actually guarantees that the same patterns will repeat in the person’s life.

After any kind of deep trauma, such as rejection, abandonment, betrayal, or prolonged physical or emotional abuse, this viewpoint holds that the real self gets numbed or blocked out and replaced by a false, protective self. This goes by different names, such as the false self, ego, protector, codependent self and so on.

From there on, this false self takes over all decision making, aimed at keeping you safe and preventing this from ever happening again. But since this false self is not your authentic self, all the decisions it makes are only based on what serve’s it’s own interests and not your true self’s. It wants to remain in charge.

From this perspective, your false self continues to lead you to make “safety first” decisions, but which actually re-create the same life patterns and trauma, so the false self can say “You see, it happened again, this is why I need to stay in charge”. And so the cycle begins all over again. Repeating life patterns become a self fulfilling prophecy.

See the two embedded videos below from Jackson Mackenzie for a superb discussion of this theory of the Protector, and how we can use mindfulness to dig into this protective self and actually see what’s underneath so we can move past it and make better decisions long term. 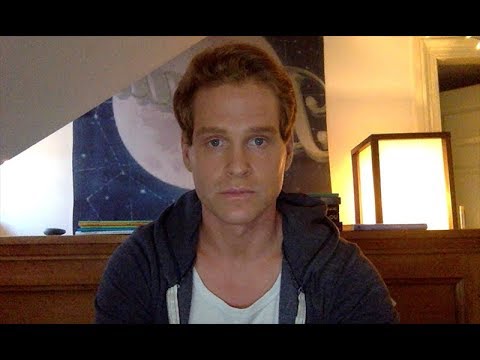 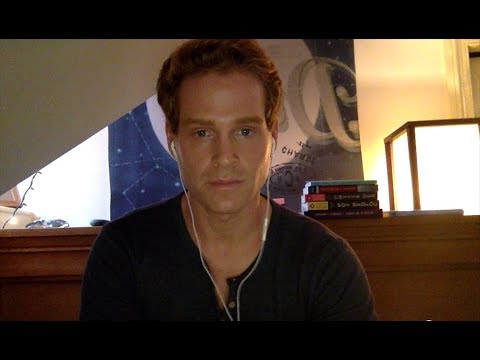 Here is a brief summary of how Jackson Mackenzie sums up this issue as it relates to repeating patterns in a person’s life:

This way of looking at things is especially useful for those who keep getting caught up in toxic relationships with personality disordered people – borderlines, psychopaths, sociopaths, narcissists – and other otherwise toxic or manipulative people. They think they have learned their lessons after the first time yet still get drawn back into the same kind of relationships over and over.

This is because the false or protective self is still in charge and making the decisions for them, which almost guarantees the repetition compulsion will repeat so the protector can justify it’s own existence and stay in charge.

Thankfully, through mindfulness, psychotherapy and other resources, we can learn to uncover this protective self and deal with any core wounding and shame that is lying underneath so we can return to living through our more authentic selves that makes decisions that ultimately lead to our growth, instead of repeating the same patterns over and over.

See our Mindfulness Resources page for lots of resources that can get you started with mindfulness meditation.

Recreating Trauma That Remains Stuck in the Body

Another explanation for repeating life patterns is indeed that trauma remains stuck in the body if unresolved and will push for expression in ways which lead a person to repeat the same patterns in their life over and over.

The brilliant psychologist Alice Miller sums up the reason for this, in that all trauma remains stored psychosomatically in the body:

“If we do not work on all three levels — body, feeling, mind — the symptoms of our distress will keep returning, as the body goes on repeating the story stored in its cells until it is finally listened to and understood.”

See our Books Section for some great works on the issue from Alice Miller and others.

This connects with what we just mentioned above regarding the core wound and the protector. Mindfulness can be a great way of tapping into these layers of the mind and body to see what is there, but there are also other forms of psychotherapy which aim to access and process unresolved trauma on a psychosomatic level.

One very effective form of therapy for trauma resolution is EMDR or Eye Movement Desensitization and Reprocessing. This is a therapy which uses eye movements or other forms of bilateral stimulation to effectively stimulate the mind/brain into processing unresolved trauma to resolution.

Here is a quick rundown of how the EMDR process works:

This compares favorably to other forms of therapy such as Cognitive Behavioral Therapy (CBT) in that it seeks to access and process trauma on it’s own terms rather than dealing with the symptoms of this trauma, be they dysfunctional beliefs, addictions, depression, anxiety and so on.

EMDR aims to pull trauma and by the root and as such can be considered to be a “depth” therapy as opposed to a surface one in that it aims to treat causes and not symptoms. It is a highly recommended therapy to look into for someone experiencing repeating life patterns which they suspect unresolved trauma may be driving.

Once this trauma has been fully dissolved and processed through the EMDR method, it can no longer manifest in the person’s life through repeating negative patterns and relationships. In Alice Miller’s terms, the trauma or core wounding has been listened to and understood, and so doesn’t need to push for expression any more in away that leads a person to repeat the same patterns over an over.

See our EMDR Resources and Mindfulness Resources pages for some great introductory videos and books on the topics. You can search for an EMDR therapist in your area here.